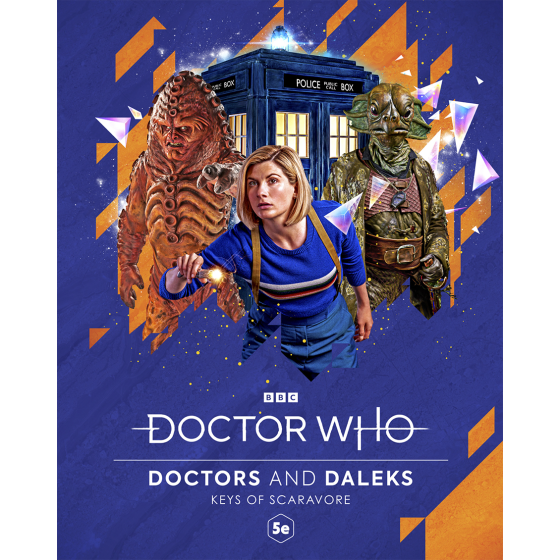 Doctors and Daleks: The Keys of Scaravore

In the time before humanity, even before the rise of Gallifrey, Scaravore was imprisoned for its crimes. Last of a long dead species, it slumbered, sending its influence out into the stars. Now it seeks to rise again, to extend its evil dominion over the galaxy.

The Keys of Scaravore is a collection of four new connected adventures for Levels 1-5, that lead the characters to the Wild West and distant worlds, encountering Draconians, Silurians, Zygons, and more, before finally facing the terrifying Scaravore itself.

Buried deep beneath the streets of modern day London, a nightmarish creature stretches its malign influence across space and time… only a team of terrific time travellers can stop it in The Mandala of Scaravore!