WFRP, A City in Flux: Altdorf’s Government and Aristocracy 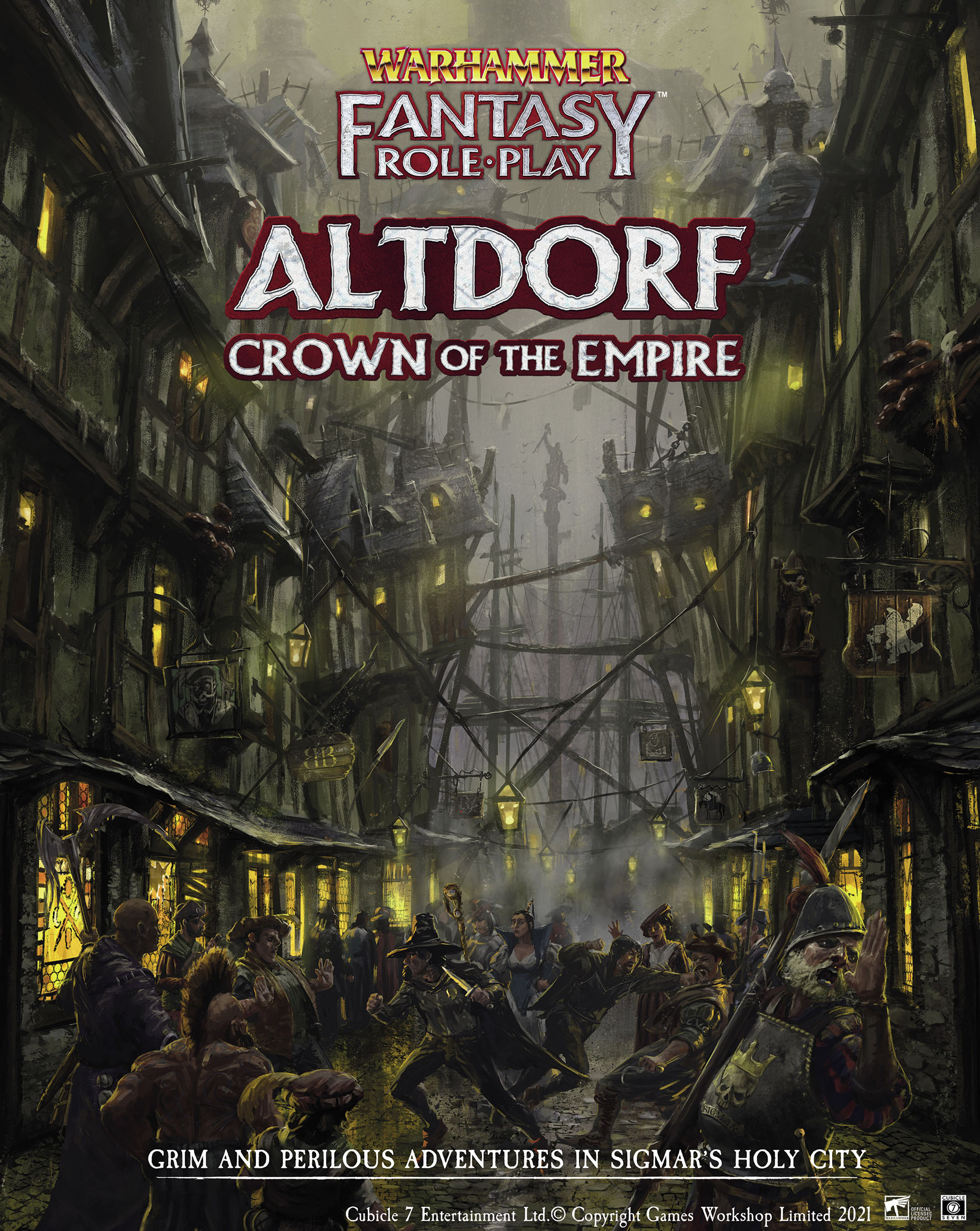 We have another blog post from Warhammer Fantasy Roleplay developer Dave Allen regarding Altdorf’s Government and Aristocracy. If you missed the last one on Altdorf's Notorious Docklands, you can find it here and the first one on Mutant Monstrosities in the Capital here.

A City in Flux: Altdorf’s Government and Aristocracy

‘Throughout history, power in the Empire has had three areas of concentration, which I will refer to as poles. So at one pole we have the Emperor. The Emperor … it usually is an Emperor though we have also had a number of Empresses, both great and terrible … the Emperor then tends to want to make the throne a hereditary position, but cannot do too much to upset the nobles, or the Grand Theogonist. At the second pole are the nobles. They want an Emperor strong enough to defend the Empire, but not so impressive that he could do away with elections. At the last pole is the Grand Theogonist, who wants an Emperor who is powerful enough to defend the Sigmarite faith, but not strong enough to dominate it.’

— Samuel Freiberufler, Professor of Imperial History at the Altdorf University

The Imperial Palace in Altdorf is a titanic edifice, larger than entire districts of smaller cities. Whilst most folk think of it as a single structure, those familiar with the palace know that it is better thought of as two distinct areas.

To the north of the impressive building is the Emperor’s residence, home to his privy council and his family. Much of this area is taken up with the sacral rooms, separate chambers dedicated to the memory of each of the elected emperors throughout the Empire’s history.

Yet, whilst power could be projected from this part of the palace, the Emperor possesses the right to issue edicts without consultation, it is rare that he would do. The southern part of the palace is the public-facing facility, housing council chambers and the Volkshalle, where state ceremonies are held. It would be a mistake to think that people could just wander in off the street, but the Altdorf Council is made up of representatives from districts rich and poor, and invites guest petitioners from Komissions, Guilds and other ‘common’ concerns.

The South Bank is home to the palace, and the nearby districts reflect this. Many are high-class boroughs of well-kept walled estates, leafy parks and expensive clubs and theatres.

The nobility here have a somewhat precarious existence, placed at a remove from the world of patronage and landlordship that provides their country cousins with wealth and respect. Some of Altdorf’s noble residents are the scions of powerful aristocratic families with their own vast domains, who maintain a seat in the capital to keep an eye on things. Others have lost their holdings, and have moved to the city in order to invest their wealth in the rather more sordid dealings of the business world. These are socialites who straddle the world of the palace court, the boards of trade guilds, and the ranks of Altdorf’s many Knightly Orders.

Foreign powers also seek to protect their interests in the city. There are a great many different spy networks active in Altdorf, looking to acquire news of opportunities or threats long before they occur. Many of these networks report back to the palace, one way or another, though Bretonnia, Marienburg, Middenheim, and Ulthuan, and go to great lengths to uncover more about the intrigues at court than the palace will officially reveal.

There are many embassies in the capital, representing nations as distant as the High Elf kingdom of Saphery. Closer to home are the Prime Estates, a body representing the Grand Provinces of the Empire, providing a voice to the Elector Counts. Should they speak in unison on an unpopular decision by the Emperor they could effectively veto his most cherished ambitions.

More about Altdorf’s leaders and high society can be found in Altdorf: Crown of the Empire, a fascinating and entertaining 224-page guide to the Empire’s capital is available in PDF and to pre-order now.  Altdorf: Crown of the Empire details the various councils who meet in the Volkshalle, several distinct Knightly Orders based in the city, a number of the most serpentine intriguers at the Imperial Palace, and many of the clubs, theatres, and salons catering to the city’s wealthier residents.

Pre-order the physical copy of Altdorf: Crown of the Empire here