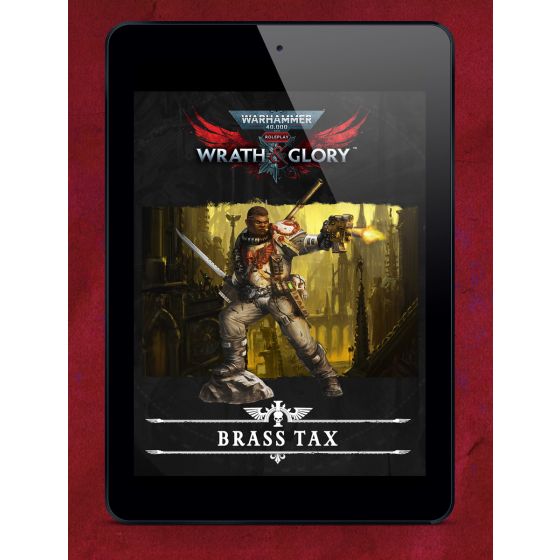 Centuries ago, the Absolvers swore to defend Gilead. Like any vow made by this Chapter of the Adeptus Astartes, they will follow that promise to its bitter end. Though the system is caught in the grip of the merciless Cicatrix Maledictum, isolated from the Imperium at large, and with little chance of either escape or reinforcement, the Absolvers have not swayed from this course. They have bolstered the beleaguered system’s defences impressively, but mighty as they are, these stalwart defenders of the Imperium are stretched thin.

So it is that the Absolvers 10th Company, their neophyte Scouts, have been tasked with missions that, in ordinary times, would almost certainly demand the attention of a tactical squad of full fledged battle brothers. On the world of Enoch, an illicit trade in relic bolter shells has ever been a concern for the Chapter. With ammunition in ever shorter supply in the Gilead System, this trade has become more than a mere annoyance.

Brass Tax is an adventure for Wrath and Glory, and comes with four pre-generated character profiles, though players are encouraged to create their own Space Marine Scout Squad using the Wrath and Glory Core Rulebook.