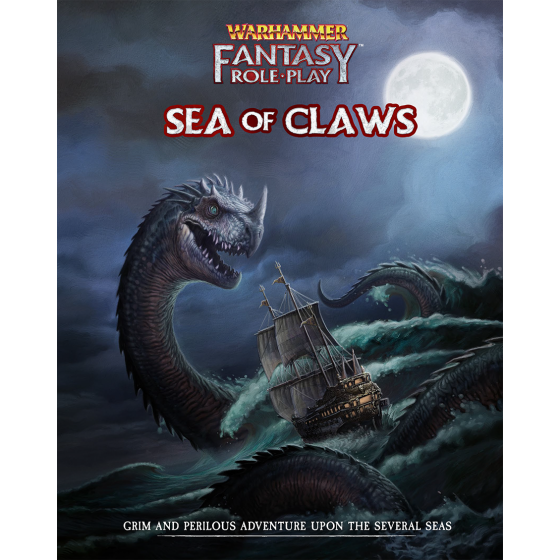 To the north lies the bitterly cold and tempestuous Sea of Claws. The sea separates the Empire from the lands of Norsca, where Marauder tribes beseech the forces of Chaos for glory and power and vast monsters make their lairs in the fjords. The coastal provinces of the Empire, desperate to escape the stranglehold of Marienburg, scramble to construct mighty navies and sea defences. Sailors, explorers, pirates, and wreckers all rub their hands in thought of the wealth to be won — but whilst a life on the ocean waves can reap great rewards, the risks are greater still.

Sea of Claws is a guide to adventuring on the seas of the Old World. This 160 page book contains:

Sea of Claws is the perfect starting point for a new campaign set on the high seas, or the ideal book for those interested in taking an ongoing campaign out of the Empire and to distant lands across the seas.