How to be a Gamemaster

Gamemastering, like any skill, can be learned and improved upon, but always starts with a first attempt. Whether the first game you run as the GM goes smoothly and according to plan, or falls down in one way or another is unimportant — so long as you all had a good time whilst playing a roleplaying game together! Keep practising, take a look at the advice below, and run as many games as you can, and we’re sure you’ll have a great time. 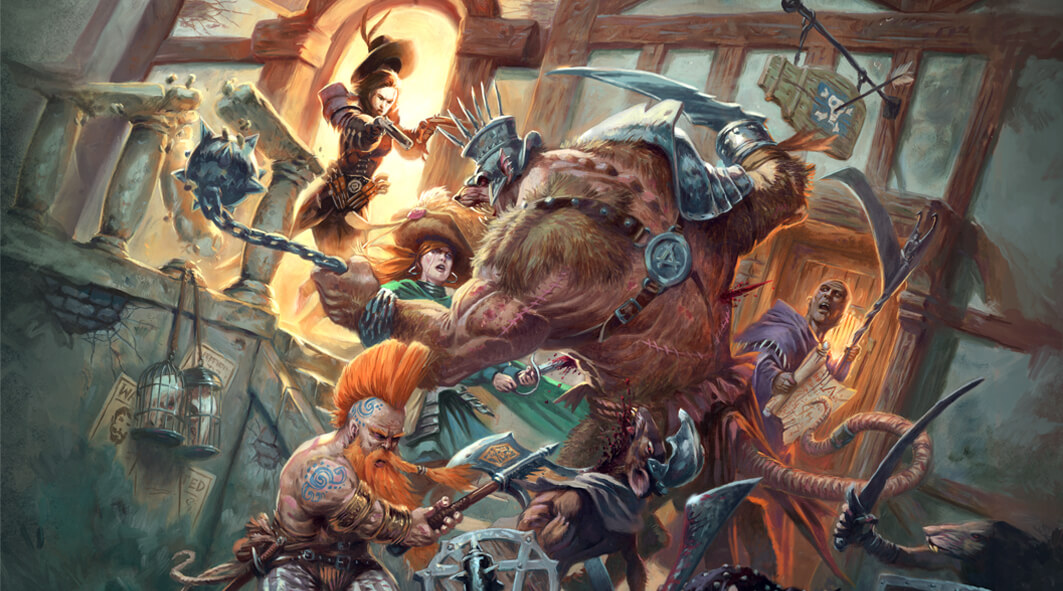 The first job of the GM is to imagine a situation where the Player Characters (PCs) find themselves. Sometimes a Gamemaster will do this in advance, preparing scenes and situations before a session of play, perhaps using a pre-written adventure. However, a Gamemaster will often have to improvise. In fact, because you can never truly predict what the Player Characters are going to do, you’ll likely have to improvise a lot — but that’s part of the fun!

Many GMs like to devour books, watch TV and movies, and listen to music, all to give themselves as much creative inspiration as possible to draw from. Don’t worry about ‘stealing’ from other media — all great artists steal, and tropes exist for a reason!

Whilst it’s a good idea to be as creative as possible during this stage, basing what you’re imagining on something everyone knows and understands, a common touchstone will help everyone imagine the same scene.

The GM’s next job is to ask the Player Characters what they are doing. Once the scene is set, and the Fiction established, it’s up to the Players to push the scene forward and attempt to achieve their goals (more on this can be found in our Players Guide)

The GM should encourage Players to ask probing questions of the Fiction, and unless there’s a specific reason to disallow something, say ‘Yes’. For example, a Player might ask if a tavern taproom has a chandelier they can swing from to start off a pub brawl with an appropriate flourish. Unless it’s pertinent to the scene that there’s not a chandelier, there’s no reason to disallow it. 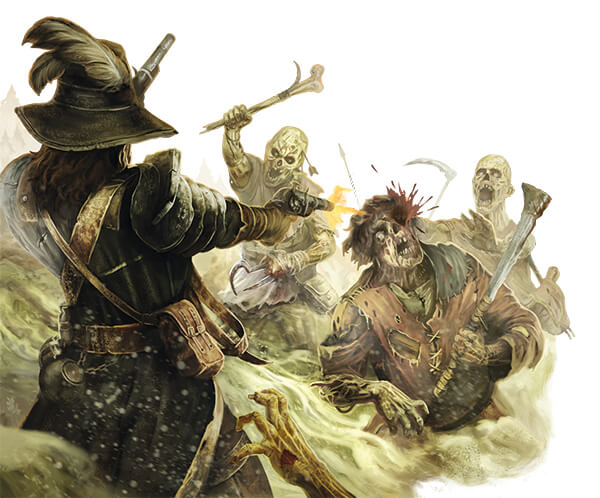 Alternately, it may not make sense for a dingy pub to have a chandelier, in which case something like the following is a better response than a flat out ‘No’:  ‘There isn’t a chandelier, given it’s such a cheap tavern, but there are loose ropes hanging from the sagging ceiling. You could grab one of them and swing into the action, just the same!’ This sort of description is an example of both ‘No, but’, and/or ‘Yes, and’, two powerful tools in the GM’s arsenal!

When the Players want their Characters to do something, it’s up to the GM to determine the chances of it succeeding. This falls into two categories: do they simply succeed straight away, or is there a chance of failure? Moreover, is there a chance that something dramatic and interesting would happen if they failed? If there is a chance for dramatic failure, the GM should call for some kind of dice roll — the specifics of the roleplaying game you’re running will tell you how to do this. But it’s up to the GM to know the rules well enough that they can make these judgement calls.

Samantha’s Character, Sylvia, wants to walk down the street, enter the tavern, and buy a jug of ale. There’s likely no risk of failing to do any of this, and even if there was, there’s probably nothing dramatic about it. The GM doesn’t call for a Test, nor does Samantha expect the GM to, so she just keeps on narrating what Sylvia does.

Sylvia begins gossiping with the bartender, and tries to lead the conversation naturally in the direction of the despotic king, trying to gauge the publican’s political affiliations. The GM might just let this go, and describe what the bartender says… or the GM might call for a Test to do this ‘naturally’ and without arousing suspicion. If the Test succeeds, Sylvia gets the information she wants. If the Test fails, maybe the bartender notices what Sylvia is doing and alerts his friends in the King’s Court, or perhaps he is a revolutionary, and he and his comrades abduct Sylvia at a later date to induct her into their group?

As noted in What is a Roleplaying Game?, it’s not necessarily the GM’s job to know all the rules off by heart, and every Player should learn the rules as they affect their Character. But it is the GM’s job to decide when those rules come into play, and you should make sure you understand them well enough to make judgement calls.

The Cycle of Play

This cycle of play is the engine that runs a roleplaying game, and it’s the GM’s job to keep an eye on it, and make sure it is running smoothly. The GM sets the pace of scenes, and decides when a scene begins and ends. If things are getting bogged down, or none of the Players wish to do anything in a scene, then change to a new one! Get input on what the Players want to do next, or decide on a new scene based on what makes sense to you. Then, at the beginning of a new scene, start the cycle again — imagine, describe, ask for input, and roll the dice when necessary.

Remember, it is important for the GM to imagine and present situations that don’t revolve around the PCs. The NPCs have their own agendas, motivations, goals, and lives, so should be doing their own things whilst the PCs go on their adventures. The Fiction can and should change beyond just what the PCs do to change it!

Myths about the Gamesmaster

Being a GM is a lot of fun, but there are a lot of misconceptions about what the GM must do, and often, these misconceptions get in the way of everyone having a good time! The list below outlines what a GM is not solely responsible for, but rather, everyone at the table should take into consideration: