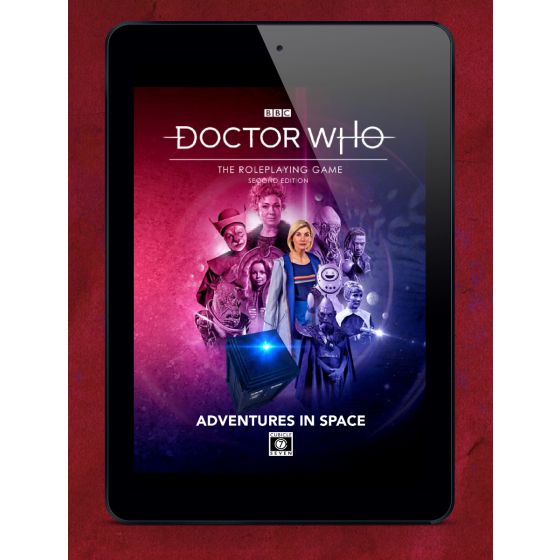 Doctor Who: Adventures in Space ⤓

This item is the digital PDF version of Doctor Who: Adventures in Space redeemable via direct download. If you would like to purchase the physical book which includes a PDF, you can find it Here.

Adventures in Space provides a whole host of planets to explore for your Doctor Who: The Roleplaying Game adventures, including rules for creating your own new alien worlds, along with their inhabitants. Twenty planets from the series are covered, as well as new, exciting environments for the Gamemaster to set their epic adventures. Each entry provides plenty of adventure ideas, as well as a glimpse into each planet’s history.