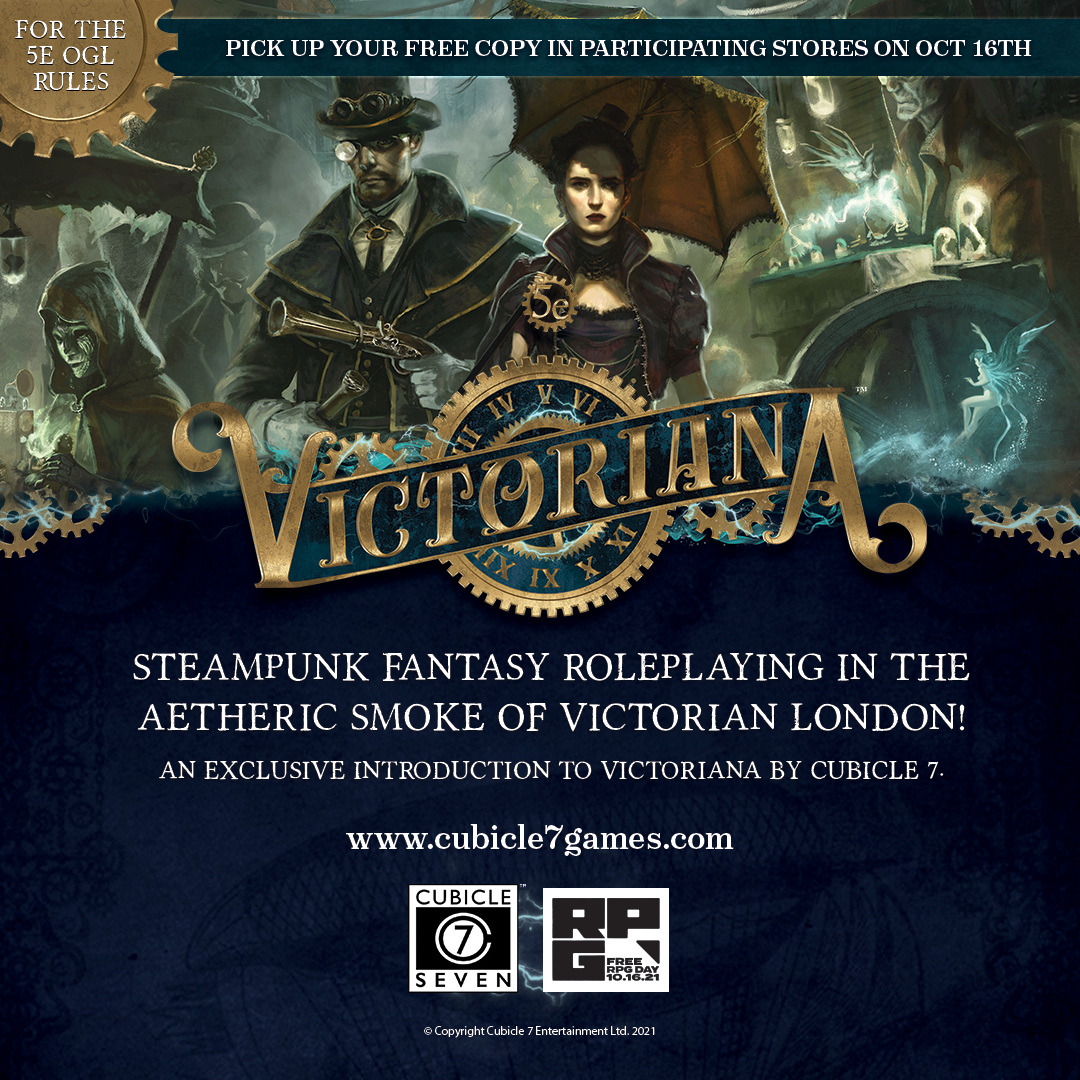 You can pick up two awesome adventures from Cubicle 7 for free in participating stores.

But don't worry, if you miss out on the print copies today, we'll be sharing the PDF files next month. Keep an eye out for more details soon.

What is Free RPG Day?

Warhammer Age of Sigmar: Soulbound launched just last year, so we thought this year would be a fantastic time to offer players a chance to dip their toes into the Mortal Realms.

Age of Sigmar: Soulbound is set in Games Workshop’s mythic fantasy setting of Warhammer Age of Sigmar, where gods and monsters wage endless war in eight near-infinite realms. Players take on the role of Soulbound, god-chosen heroes of great power brought together through an arcane ritual and granted the might to stand against the tide of Chaos, Death, and Destruction.

Our Free RPG Day adventure, Reap & Sow, follows a group of epic heroes as they defend a fledgling settlement in the Realm of Death, which finds itself under siege by a nightmarish army of the undead.

As we are launching Victoriana soon under the fifth edition Open Gaming License, we thought Free RPG Day would be the perfect time to give gamers a taste of what is to come!Our free adventure, Going Underground, gives a taste of the world, with a trip on the very first electrified tube train.

VICTORIANA FOR 5E: WHY THE 5E RULES AND WHAT CHANGES ARE WE MAKING?

Why 5e? Simply put, it’s been eight years since Victoriana’s third edition was released and there’s a whole new generation of gamers who may have never heard of Victoriana. We wanted to make this RPG immediately accessible to them and others by using familiar mechanics that allow players to quickly delve into Victoriana’s awesome setting! As long-time fans will note, Victoriana has always been more about its setting than its mechanics. In fact, no two editions of Victoriana have ever used the same rules!

The first release – The Victoriana Player’s Guide will give players everything they need to create characters ready to take on the challenges of the fantastic, magical, steampunk world of Victoriana, powered by the 5th edition OGL rules. More on this title later in the year!