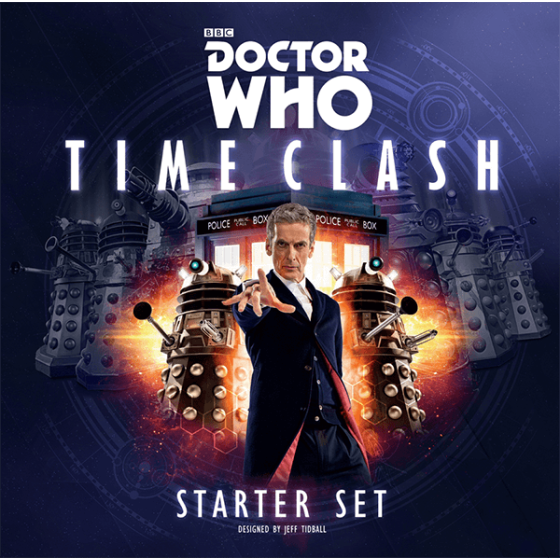 In Doctor Who Time Clash, the Doctor and the Daleks wage a desperate struggle for the fate of the universe itself!

You’ll play cards representing plans, threats, tech, and quips to stacks that represent the time of the struggle, the Doctor’s companion, and the enemy’s influence. The two sides also compete to control the Doctor’s location, which activates or deactivates crucial powers.

During the game’s build-up segment, each side tries to establish an advantage. When the balance tips and the endgame comes, they press for victory. Either one of the Doctor’s desperate gambits will succeed, or the Daleks’ pressing threats will crush him!