This year we’ve been delighted to be able to announce several upcoming releases for Warhammer 40000: Wrath & Glory! Ranging from an expansive bestiary to bring the most terrifying Xenos threats into your games to a dedicated Aeldari source book, allowing players to walk to Asuryani Path, we’re excited to be bringing new, expansive content to your adventures in the grim darkness of the far future.

At GenCon we were able to reveal that stalwart defenders of the Gilead System, the Space Marines of the Absolvers, are also about to have a dedicated source book, bringing fresh insight to the secretive Chapter…

Bound by long sworn oaths to defend the Gilead System, the Space Marines of the Absolvers now find themselves the Imperium’s last bulwark against the encroaching darkness…

With their flagship vessel, and a number of their brethren trapped in the Gilead System by the opening of the Great Rift, the Absolvers find their numbers dwindling as they desperately defend humanity in a system cut off from the Imperium’s might. On Gilead Primus, the ancient Absolver citadel of Castle Grigori is alive with more activity than its storied halls have seen in centuries as the Chapter desperately recruits and prepares new Aspirants.

Elsewhere, the ancient and venerable Battle Barge, Vow of Absolution, is stationed within the Reach, holding firm against the incessant raids of foul Greenskins, the arrogant Aeldari of the Greensteel Corsairs and vile Drukhari raiders. Worse still, the foul taint of the Ruinous Powers and their traitorous Chaos Space Marines move within the Gilead System, determined to see the Imperium ripped asunder.

Yet despite these many pressing needs, the Chapter continues to turn their back on the Primaris Space Marines who came to reinforce them as part of the Varonious flotilla. Instead of being greeted as brothers and saviours,  these paragons of might are met with stoic silence, despatched on the most desperate of missions, and excluded from the Chapter’s ancient rituals and secrets.

Why such obstinance in the face of the Emperor’s great gift? And what, exactly, is this ancient chapter of Battle Brothers seeking absolution from?

Vow of Absolution will be a comprehensive guide to playing as one of the Imperium’s Angels of Death, the Adeptus Astartes, in the turbulent Gilead System. This book explores the troubled origins of the Chapter, several new key locations and key figures within the Absolvers Chapter.

Players will be able to explore a variety of new playable archetypes, including the indomitable Primaris Aggressor or the honoured Veterans , worthy of donning the Chapters’ most revered relic armour. With new Talents, Wargear and Psychic Powers to further elevate their Astartes characters further.  Explore the history of the Absolvers and learn of the Chapters darkest secrets, why their vows hold such importance and just what they are seeking absolution from. 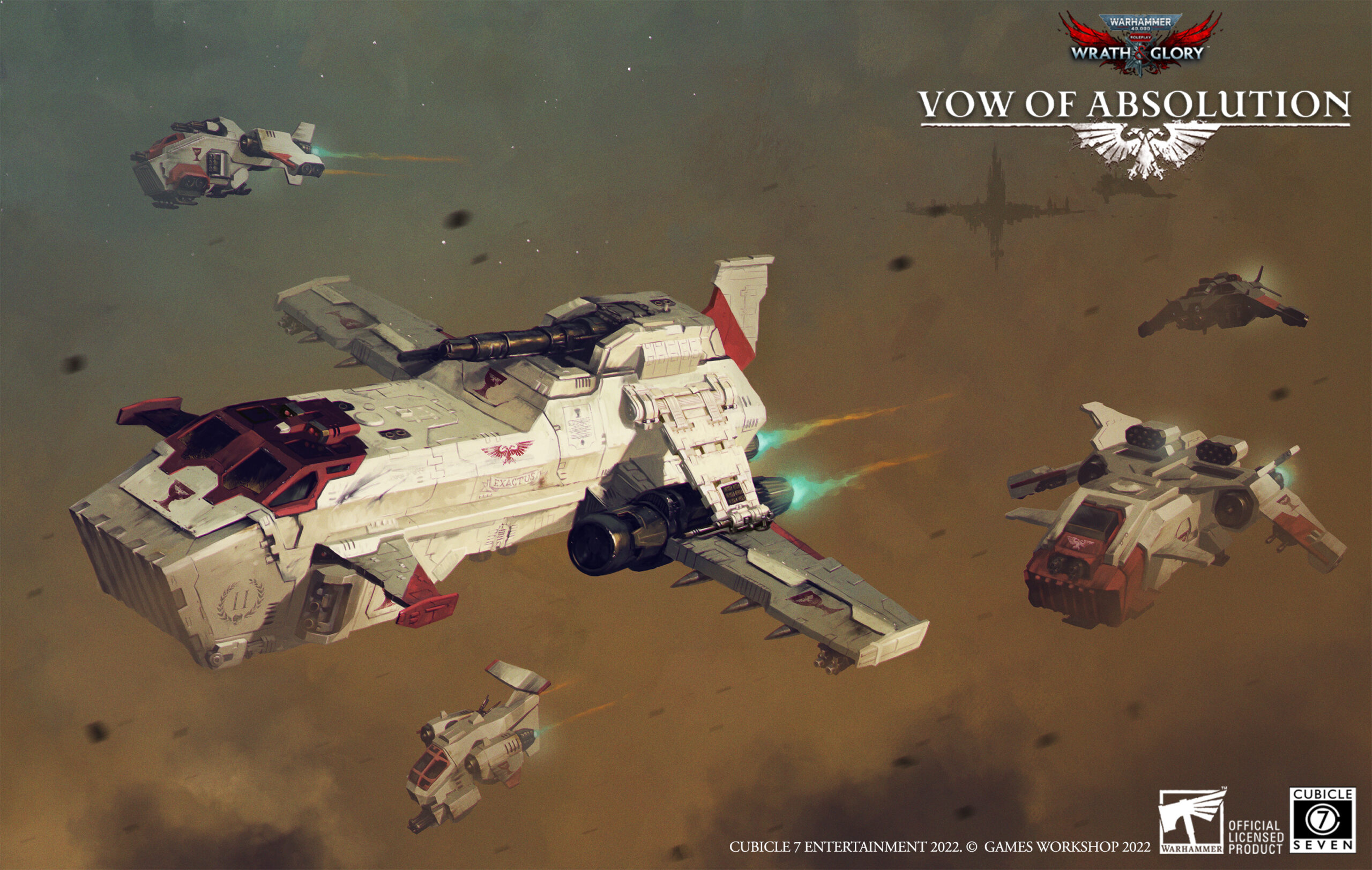 For GM’s, Vow of Absolution also introduces new rules and mechanics focused around playing as an Absolver, important GM advice on introducing Tier 5 and scaling and overall advice on running Roleplay campaigns focused around the heroic military deeds of the most iconic warriors in the 41st Millenium! Finally, an exciting and deadly campaign against the treacherous Drukhari allows both GM and Players to jump straight into the action.

Vow of Absolution is scheduled for release in Q4 2022 and will be available to pre-order soon!